The call of the heart

A fraternal movement will always be a history written by several hands. Fraternity without Borders was born from a call of the heart. Wagner Moura, Founder and President of FSF, was a little boy when found himself crying due to hunger in the world. This pain keep pace with him during his youth, when he was already involved in volunteering work on the edge of his city, and made him decide to go to Africa when he became an adult.

He selected Mozambique, a Portuguese Speaking Country, located at the poorest region of the world, Sub-Saharan Africa – a million of hungry people, 600,000 orphans. He starts at that time the welcoming work.

From that time until the present day, several happy events are building this fraternity history to Africa and for a world of peace. 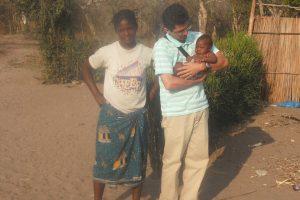 In 2009, by listening the call of his heart, Wagner Moura had his first trip to Africa. He visited orphanages, nursing homes, met street children and, at last, the villages.

In the villages, there was a great number of orphans due to HIV and malaria, with no assistance to those children. Since then, he thought on opening of a NGO to welcome Africa children. 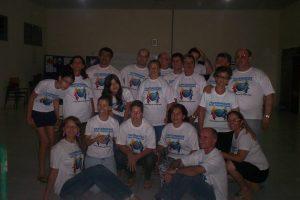 As Wagner Moura returned from his first trip to Africa, he met his closest friends to propose an NGO foundation. This volunteers’ group organized an event to 1,000 people – a charity barbecue, which has gotten 25,000 Brazilians Reais. With his friends, Wagner creates the Humanitarian Organization named Fraternity without Borders.

Opening of the first welcome center 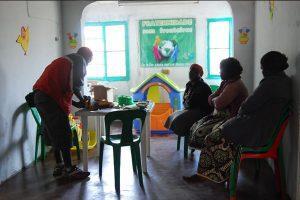 Wagner returns to Mozambique, bringing the resources to the charity meeting. Once again, he visited the villages and with the support of some people, he met Régulo, a spiritual and religious leader in the village, to whom it was necessary to ask an approval to perform any kind of work with the community. Wagner presented to him the project, based on 7 years of experience in charitable work in Brazil, and received his approval.

In Maputo, they bought the tools to the Centre. Return to the Village and rent an ancient house of Portuguese with 5,000 square meters. Monitors and local cooks were hired and qualified to the fraternal work. Due to the expenses, it was estimated to welcome 35 children, but as they finish the visits to register, there was 70 children with urgent needs. Children had the need and Wagner had the faith. By doubling the planned, he opened the first welcome center of Fraternity without Borders, in Barragem.

Monitors who studied until 7th grade were hired, referred by Village people. They provide a minimal qualification, based on their own experience, hired cooks and found within their culture some natural leaders with vocation to sing, dancing and local joking. The joy that music offered, due to the body movement and playing also would be part of children’s’ life. It was the basic model to the activities. 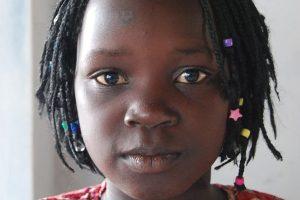 How to maintain the supportive care and create conditions to welcome even more children who were in an extreme shortage? Sponsoring is an idea. The contribution of 50 Brazilian reais per month would ensure the entry and the maintenance of a child in the project. Each person who embraces the project would lead to an opening slot to another child. The sporadic donation and promotions would be used to structure and install welcoming centers. Day by day, the sponsoring invitation was welcomed in the heart of several, millions of sponsors in Brazil and abroad. Some years later, in 2017, a decision was needed: the sponsoring was no more for a specific child, but for a project, as the frequency of children entrance in the project was much bigger than the ability to build and equip the Welcoming Centers. It was launched the Structural Mozambique Campaign, and the new sponsors contribution was destinated to build kitchens, toilets and rooms for educational activities, in order to have a minimal needed structure to welcome children. The sponsoring process is the heart of all projects of Fraternity without Borders (FWB). 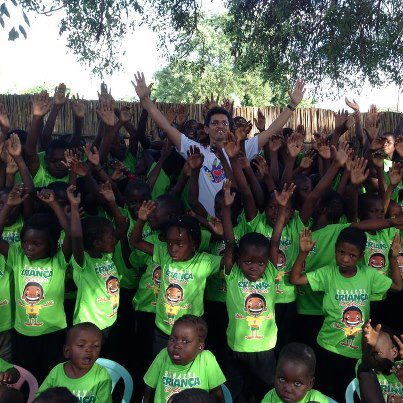 In March 2013, we had the first caravan to Mozambique, Africa, with 16 people. Fraternity without Borders had its first steps to connect hearts of brothers and sisters who live in different continents. 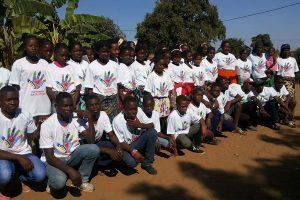 Some Years after the project starting, the first welcomed children are young, bringing a new challenge. In the villages, they have the opportunity to study only until the 6th grade, as there is no a superior grade in the city. With no money to take transportation or to buy school material and uniform, most of them stop the school.

There was a need to create new work fronts to support them and provide orientation to their future. Then, it was created the Young Project. Sponsors ensure their maintenance at school as well as the opportunity to learn a new profession. In this way, they get self-esteem and keep alive the hope that can be seen in the eyes of all welcomed people. 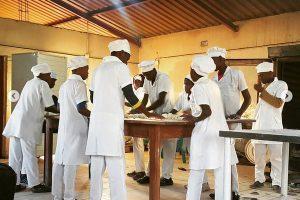 Fraternal movement builds a bakery in Muzumuia, where FWB opened the second Welcoming Center. It offers to young people the opportunity to learn a profession and bread for an inexpensive price to the community. 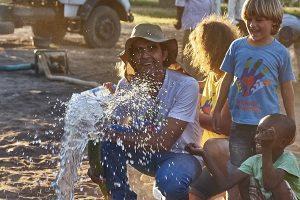 Beginning of the drilling of artesian wells in the villages of Mozambique. The arrival of water allows the start of sustainable cultivation, aiming at the project's food self-sustainability. 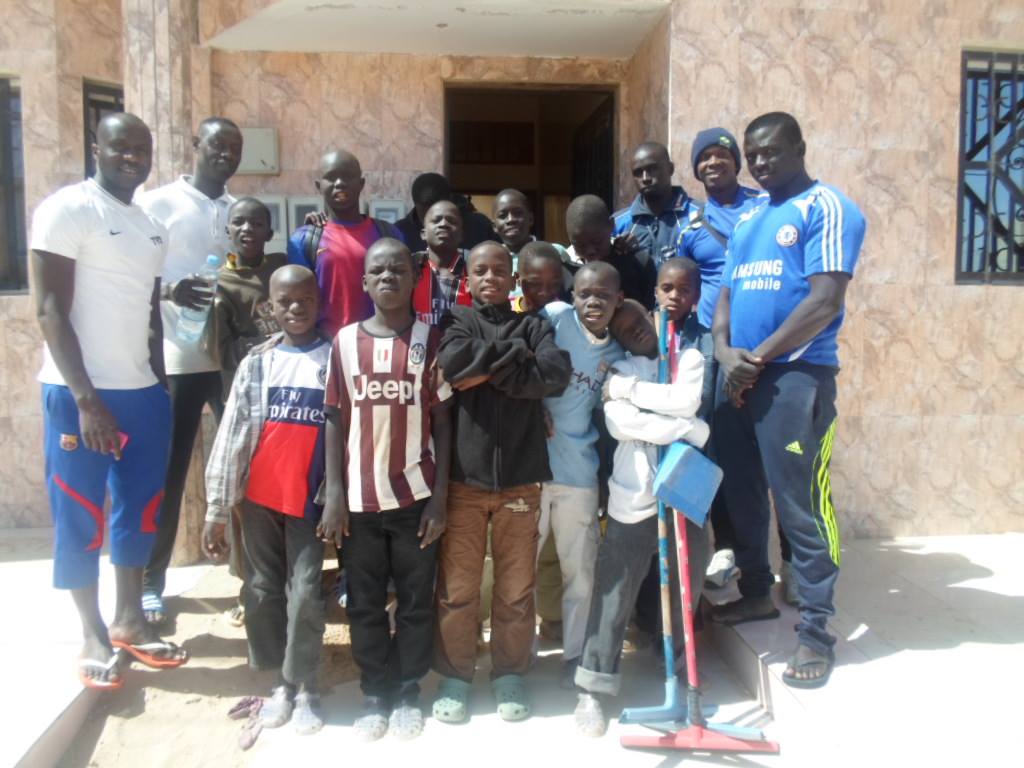 Chemin Du Futur Orphanage, located in Dakar, Senegal, Africa, is embraced by Fraternity without Borders. The region became the greatest phenomenon of street children in the world – about 50,000 boys and girls do not have a home. To help to change their lives, we partnered to Chemin Du Futur to offer a house, education and qualification. 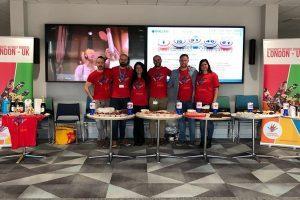 Treatment of Children with Microcephaly 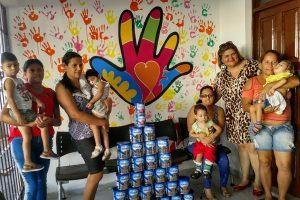 FWB embraces the cause for children with microcephaly and creates the sponsoring project “Microcephaly, Science and Love” in Campina Grande, Paraíba, Brazil, partnering to Dr Adriana Melo, the physician responsible for identify the relationship between Zika virus and microcephaly.

Fraternity went to the South of Madagascar island and creates the Act Madagascar project, attending families that are suffering with hunger and thirst in one of the worst humanitarian crises in the world. Promptly, there is an emergency humanitarian work, and a plan to welcome millions of people. 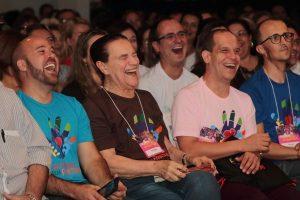 The 1st Fraternity without Borders meeting was held, in order to enhance the cause and the emotional ties among people who are unit to work for a better world. 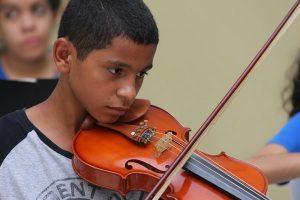 Brazil, a heart that welcomes 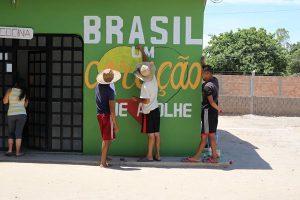 Launching of Brazil, a heart that welcomes project. Fraternity without Borders builds and sustain a Welcoming Center in Boa Vista, Roraima, Brazil, to support Venezuelan families who crossed the Brazil border looking for hope, trying to overcome the worst humanitarian crisis in Latin America. 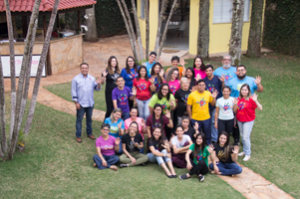 The movement grows and the organization has the need to have an appropriated space to attend sponsors, Gift Center, promoters and the administrative team of all humanitarian projects. There is an investment to buy its proper place, where FWB conducts small meetings, as the launch of new activities and a meeting of FWB sponsors.

One more Center abroad: now the United States Fraternity without Borders Centre is also disseminating the cause even further. 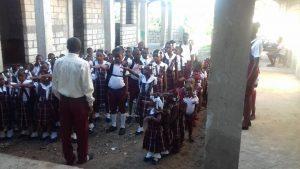 Fraternity movement went to Haiti to know the project that was born from the heart of Jean Inoclair François, a Haitian refugee who lived and worked in Brazil and sent money to Haiti to sustain his family and approximately 200 children. Fraternity without Borders support the humanitarian activities and the construction of the school “Gnose de Village Quosqueya Hinche”, to teach literacy and provide meals to about 500 children. 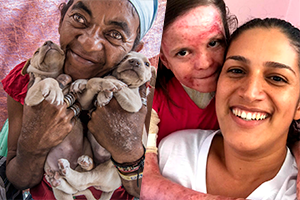 Fraternity without Borders becomes a partner for new causes at Brazilian Northeast: Portraits of Hope and Garden of Butterflies. Through Portraits, houses are built to Northeast Brazilian savannah’s families. Through Garden of Butterflies, offers treatment to people who has an incurable and rare disease, Epidermolysis bullosa, that requires a very expensive healthcare. 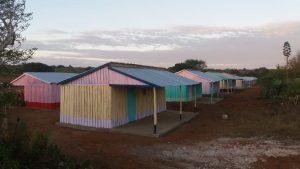 A hundred Madagascar families who lived in very poor houses moved to Fraternity City, created and built to offer a new life to the community, enhancing the sustainability and peace culture. In 45,000 square meters, the project includes 100 houses, artesian well, production and income generation workshops.

Fraternity on the Streets 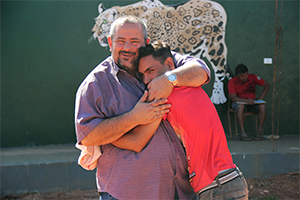 FWB partner with Clinic of the Soul, in Campo Grande, MS, Brazil, to support the fight to one of the greatest social challenges: the drug addiction. Fraternity on the Streets Project provides the opportunity of sponsoring in order to increase and enhance the Clinic activities, based on discipline, labor therapy and spirituality. 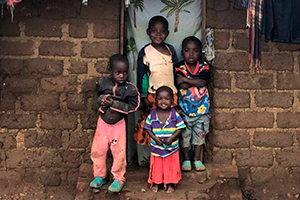 Humanitarian work started at Dzaleka refugee camp, in Dowa district, Malawi. The Ubuntu Nation project was created to present to the world a new life model to refugees’ communities, based on Ubuntu ancient philosophy, from Africa – “I am because we are”. In a location next to refugees’ camp, the Welcoming Center was built to offer workshops, bakery, sinking artesian well, playground and school rooms to receive the 9,000 children.

FWB Founder and President, Wagner Moura Gomes, received the Inspiration Prize from Brazilian Caldeirão do Huck TV Program, part of Rede Globo TV Station. At that moment, the Program shared the history and journey of Wagner and FWB, as a recognition to him as an Inspiring Citizen and to the relevance of the cause to the society at all.

Fraternity without Borders website has now an English version. So, people out of Brazil can sponsor and get to better know the humanitarian work developed by the NGO and contribute to the mission that spans the continents.

Canada is a new FSF Centre out of Brazil. In this way, Canada Fraternity without Borders Center is incorporated to disseminate and live the message of fraternity. 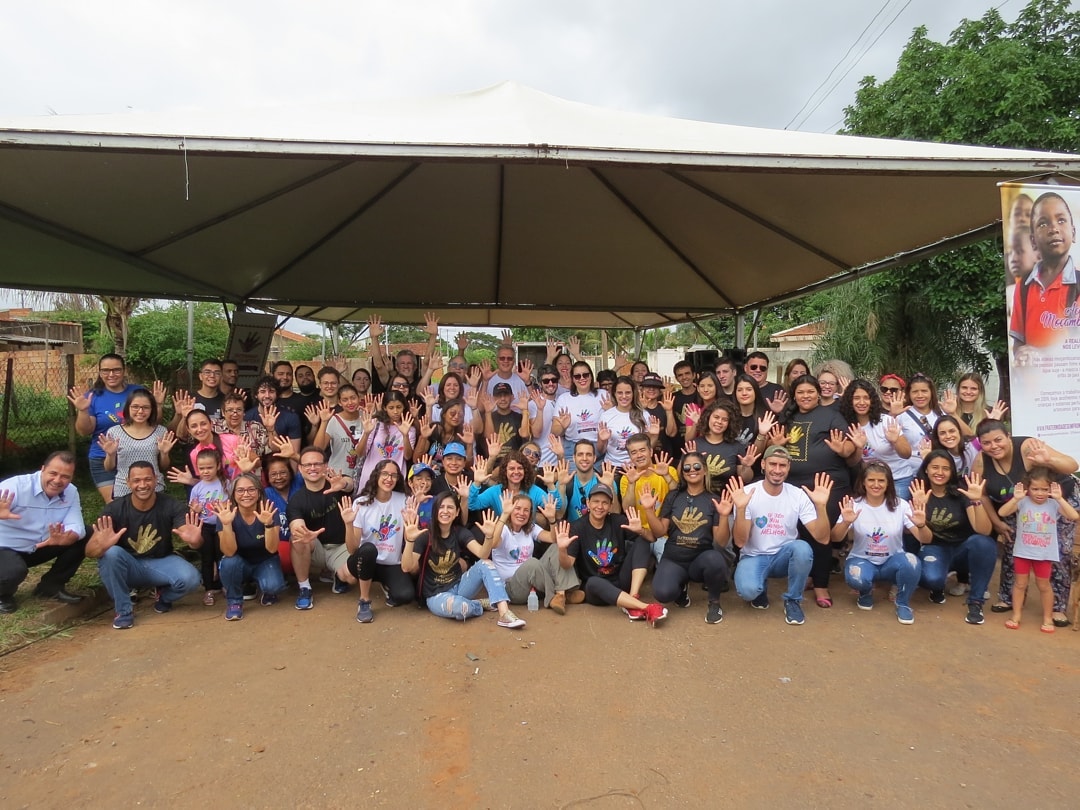 On November 15th, 2019, FWB had its 10th anniversary! To celebrate the moment, it was created the World FSF Day. Volunteers from different locations around the world had more than 50 fraternal activities at the same time in 10 countries (Brazil, Portugal, Swiss, Canada, England, United States, Senegal, Mozambique, Malawi and Paraguay). 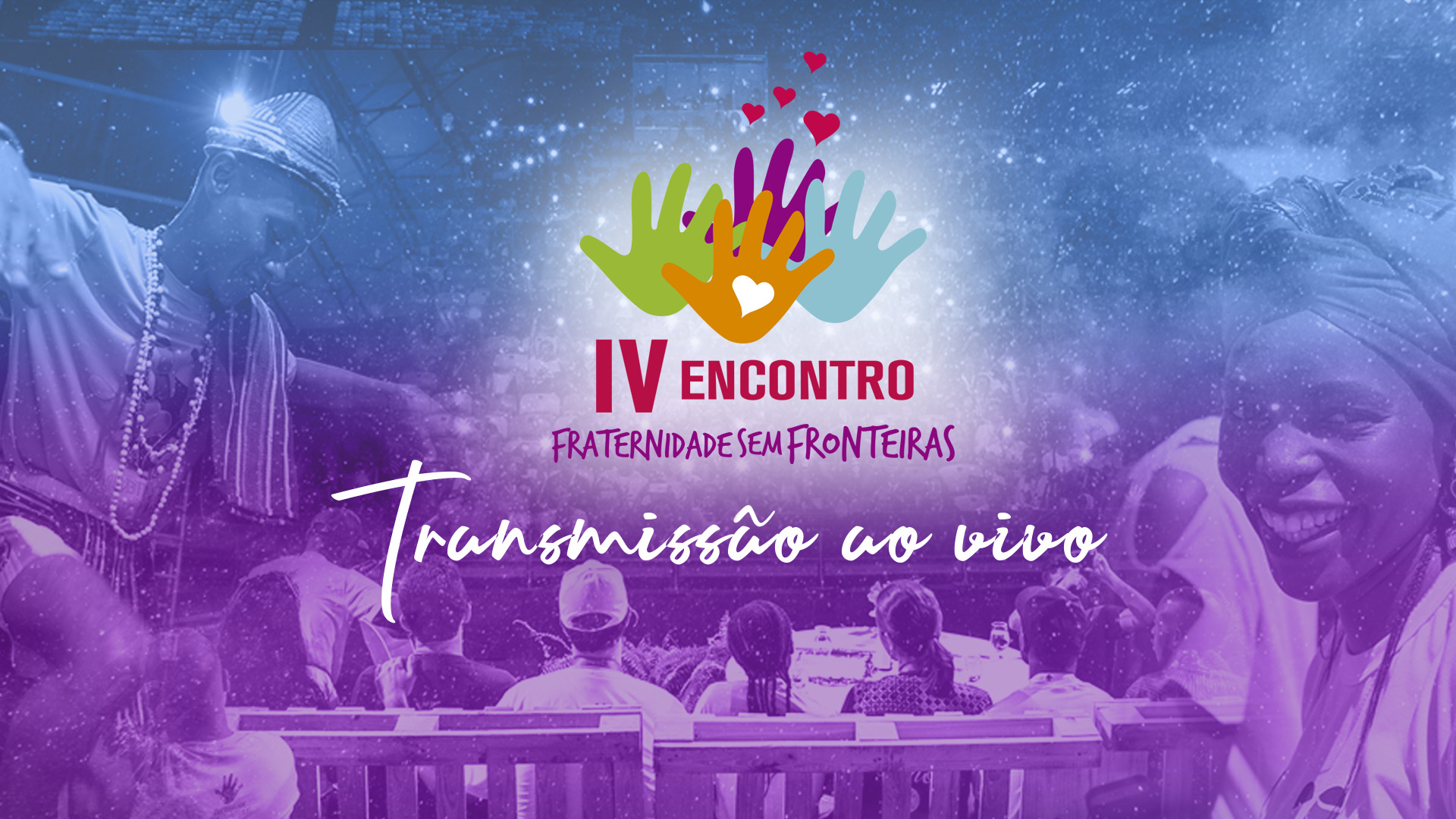 The 4th FWB Meeting was held on April 17-19, 100% on-line due to the pandemic social isolation. Although the distance, we strengthen the fraternal feeling and bring together several hands at service of love.

The Soul that talks - book 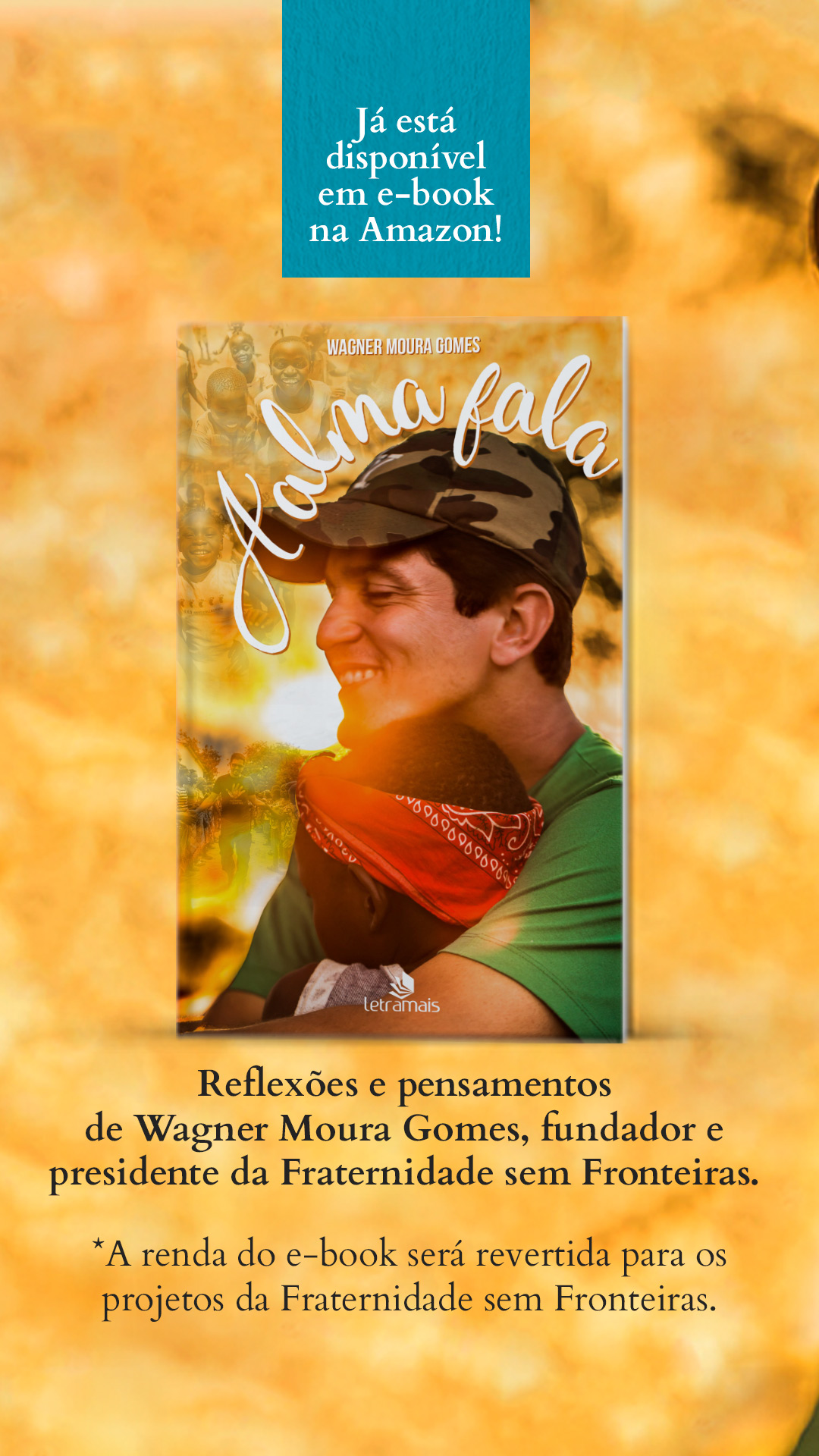 Launch of the book by the founder-president of the FSF, Wagner Moura Gomes, with reflections and testimonies of fraternity experiences at the FSF. All income reverts to the Organization. 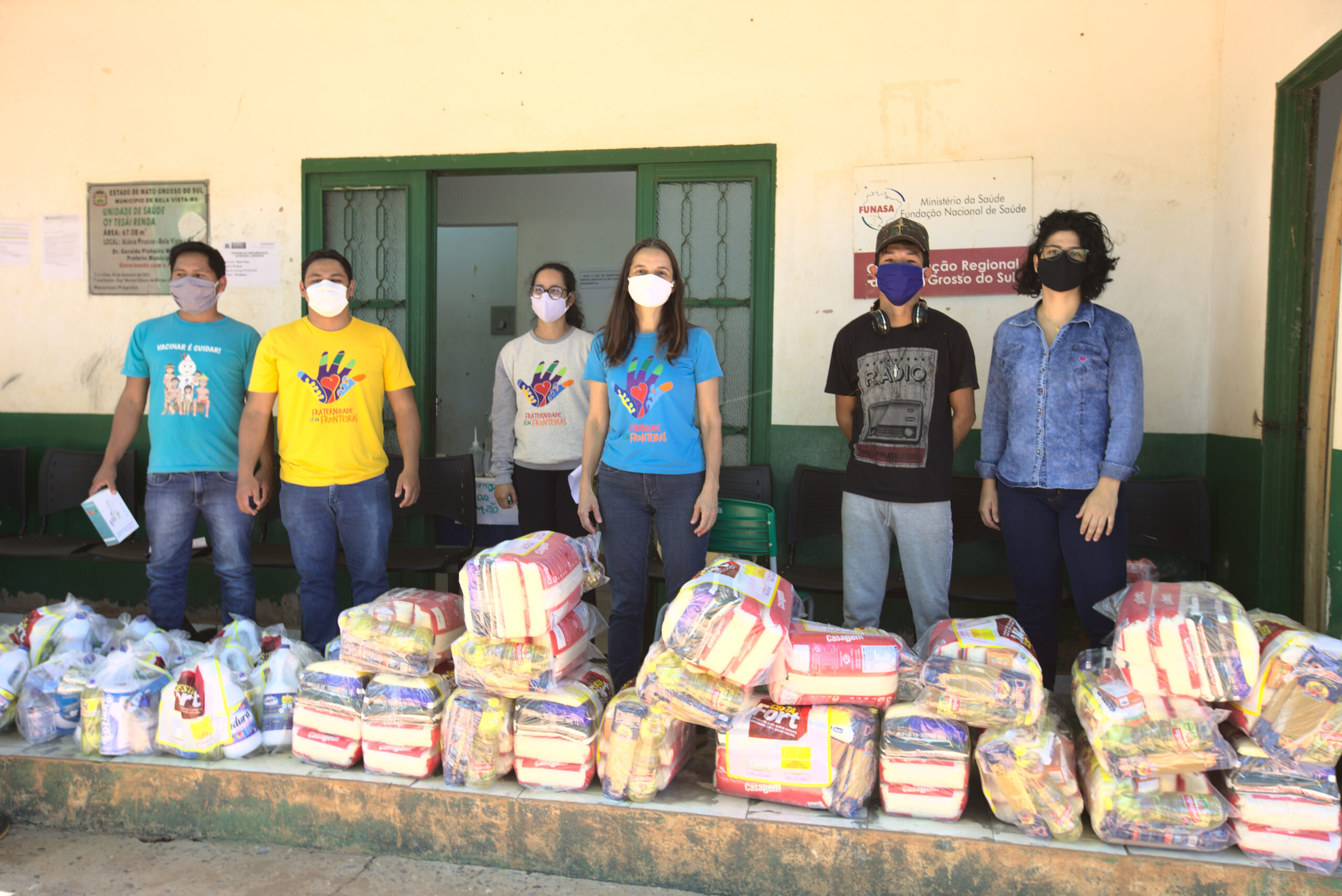 First Virtual Campaign to collect basic monthly food baskets to distribute to Brazil and Africa to benefit FWB projects and 69 partners organizations who are in need due to the COVID-19 pandemic.

In the midst of Covid-19 pandemic, we started the Curumin Heart continuous Campaign, to provide humanitarian support to more than 50 Indigenous Communities from Terena, Guarani and Kaiowá ethnicities at MS and MT states in Brazil and in Paraguay, offering sustainable possibilities, food, drinking water, hygiene items and protective equipment.

Expansion of Fraternity on the Streets Project

In addition to MS Centre, in a partnership with Clinic of the Soul, the project arrived to São Paulo/SP, Rio de Janeiro/RJ, Uberlândia/MG and Belo Horizonte/MG in order to provide several working opportunities to welcome and support homeless people in Brazil.

Due to a specific donation to make FWB better known, two advertisements were done along 30 days at Globo News TV in São Paulo, Rio de Janeiro and Belo Horizonte. One of the ads had volunteers sponsors and artists Reinaldo Gianecchini and Alok, and the second one informed the starting of Fraternity on the Streets in Rio de Janeiro.

Young Emmanuel Philharmonic Orchestra was incorporated as a FSF project. 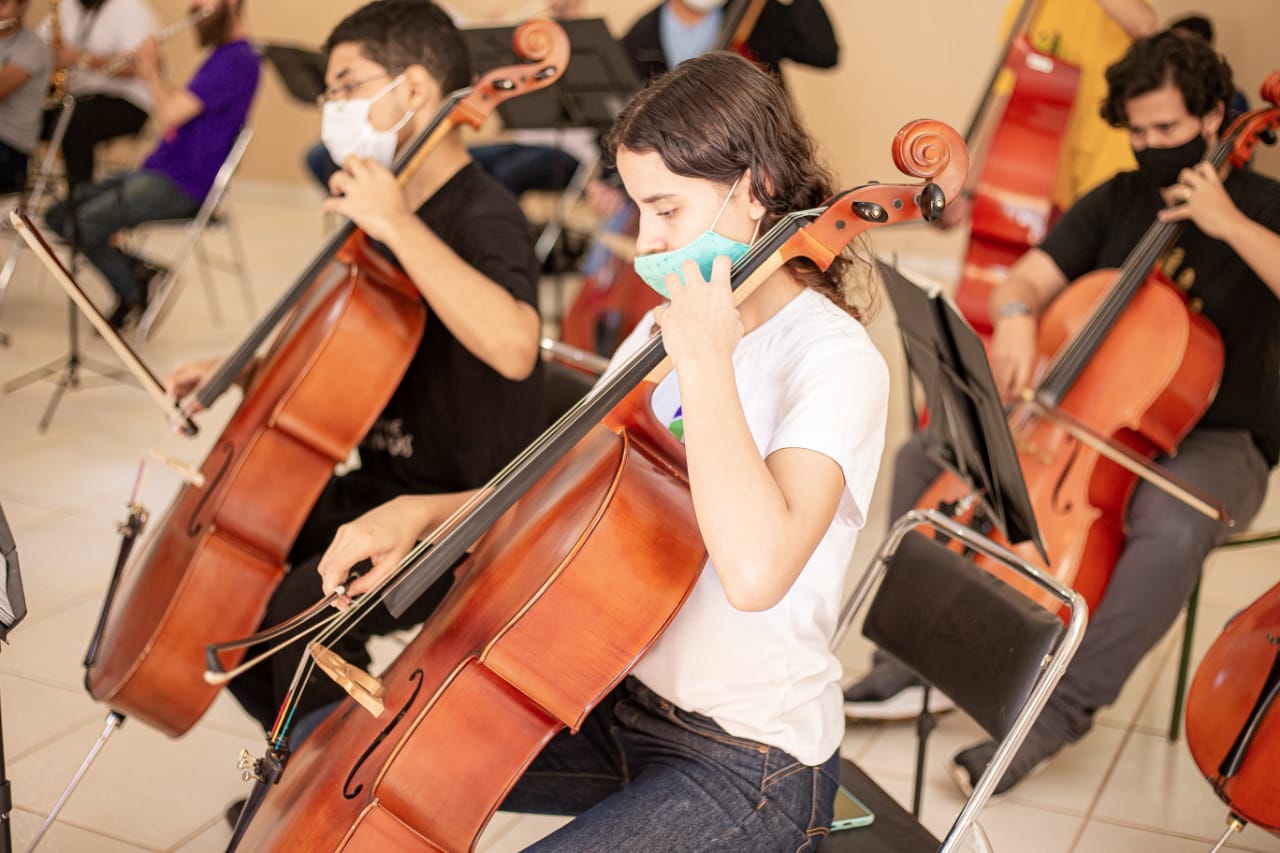 We became responsible for the management of the project, changing from a supported to an own project.

For donations by check, please make it payable to Fraternity Whitout Borders US and send it to the address below with the project you wish to sponsor in the memo line.

For donations by check, please make it payable to Fraternity Whitout Borders US and send it
to the address below with the project you wish to sponsor in the memo line. Thank you!